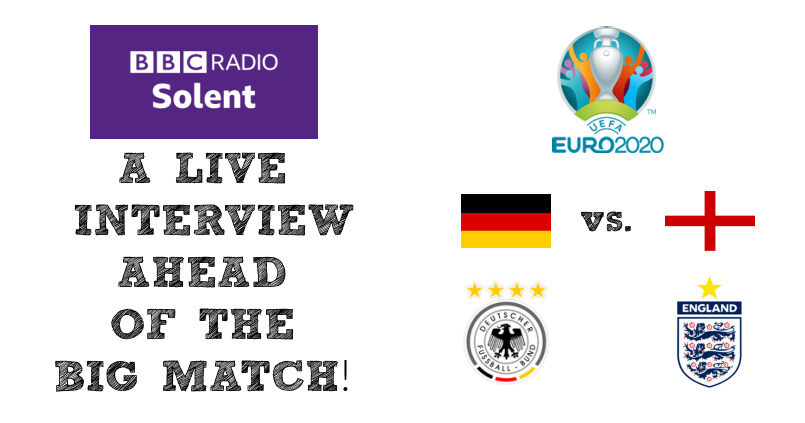 So today was not our usual Tuesday morning but then it’s not every day Germany plays England in Wembley right? Last week after Germany won against Hungary my friend Kara tweeted me: “This is going to be interesting! Who will you be supporting?” And shortly after Steve Harris the Breakfast DJ from BBC Solent got in touch asking me if I would like to come on his show on Tuesday morning to talk about how we as a dual family will be watching the game together! 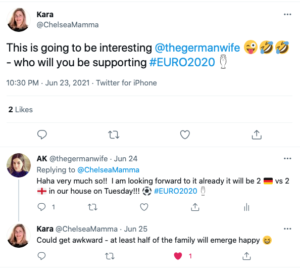 Monday was rather busy with phone calls and emails of a local BBC TV Station and another BBC Solent Breakfast show asking me for an interview too! I decided to take on the second Radio interview but the TV Interview wasn’t right for us this time, it was just a bit too last minute! Oh and I decorated “our football couches” a little bit too – if you listen to the interview you will understand haha! 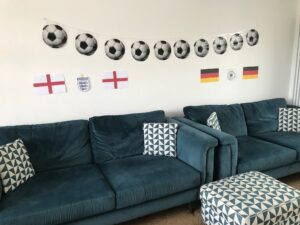 Tuesday morning whilst the kids where still sound asleep Mr. C. and myself put our football kits on and zoomed into the studio to have a chat with Ollie Peart who was filling in for Steve Harris this week!

If you know Mr. C. personally it will come with no surprise that he cracked a few jokes and even mentioned my to do lists! I was rather nervous which I think you can hear from my voice!

Here is the recording of our little interview:

I did say a few words twice but overall I think it went pretty decent! We did went on to have another short interview with the second BBC Radio Solent Breakfast show for Dorset/Herts/Isle of White presented by Alun Newman but I haven’t got a recording of that just yet! Will add it on a later date!

Well, thats all from me, here is to a very exiting game ahead and may the best team win!!!! 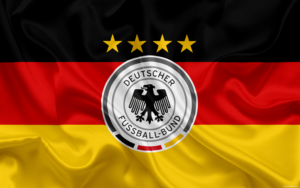