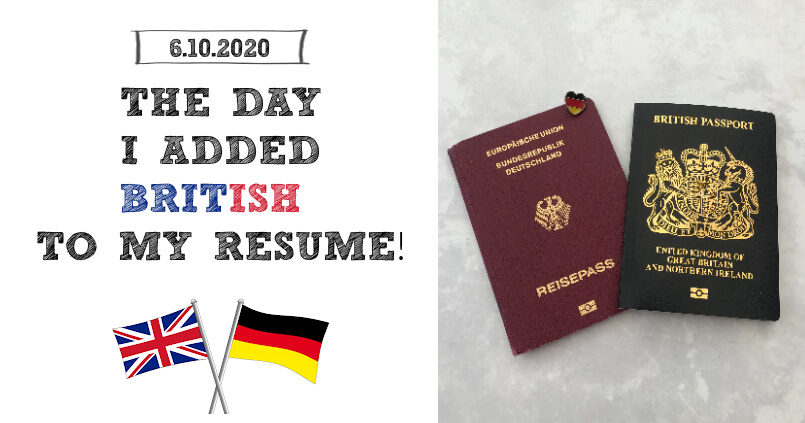 It’s been a very long winded and expensive road but I got there in the end and can now officially call myself a British Citizen well, actually I can do one better I have a dual Citizenship! I have kept my German one and added the British one to my resume!

On October the 6th 2020 exactly 11 months after sending off my application to apply for British Citizenship I had a very quick 20 minutes ceremony with 3 other people in Bournemouth Town Hall. One verse of the national anthem, the oath and a quick snap with my certificate in front of a picture of the royal majesty herself! 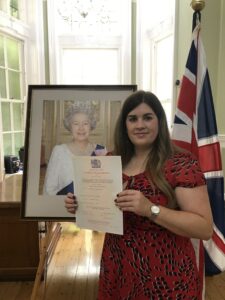 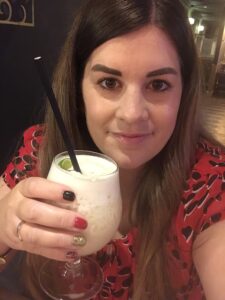 Cheers
Daytime drinking before midday is acceptable now that I am British right?

So for just over £1.750 the United Kingdom gave me the privilege of calling myself British! Yep the application itself is around £1350 (Stand Nov 2019) but with the various test, passport etc the amount adds up!

Both my children are born in the UK and have the dual Citizenship automatically from birth and I wanted to have the same right then my children and my husband because despite my heart belonging to Bavaria my home for the last 16 years is England where I am raising our children together with my British husband.

I now have the security of travelling in and out of the country without having to worry about access being denied (in cases of staying abroad more days than allowed if you only have the free Settled Status). I can vote now and I do not have to worry about what will be happing to my health insurance in case the NHS decides to have new guidelines for non British people in the future. Nobody can predict what else will be thanks to Brexit so I better be safe then sorry!

It might have been an expensive road to go down but I have no regrets and I know a lot of German friends in the same position who are glad they now have both citizenships! Did I enjoy any of it? I would say no although my english test aka the 15 minutes talk worth £200 was pretty funny when it came out that my Examiner lived for over 20 years in Berlin so we talked about Germany most of the time. Just before I went into the room I called up my husband because I was pretty nervous, he said to me as long as I stop talking after 15 minutes I will be fine (anybody knowing me will agree with him I rather talk a lot) I also got a A+++ on my Certificate so I now got it on paper wonder if I shall sent that to my old english teacher who was originally from London and once told me I am a lost cause when it comes to talking english!!

So there you have it The German Wife is now a fully fledged German/British Citizen!