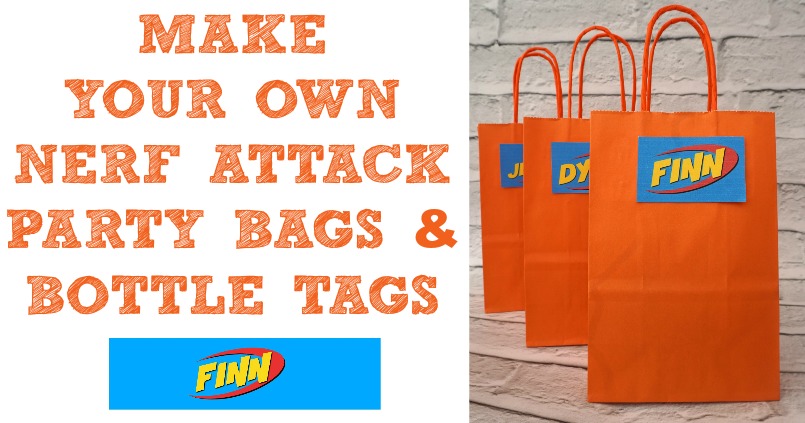 Finn turned 8 years old end of July and asked for a Nerf Attack Party. After sourcing the perfect outdoor Nerf Attack company near us and creating and sending out his Nerf Attack Party Invites it was time to create some party bags and some bottle tags to keep the kids hydrated because a Nerf gun fight is very thirsty work indeed! Once again I took some of my blogger friend Debbie from An Organised Mess ideas to create the ultimate Nerf Attack Party Bag for all the guests. 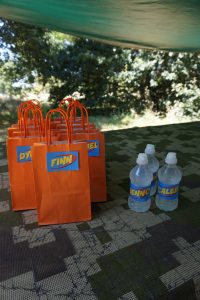 Debbie has written a very detailed post how to Make your own Nerf War Goody Bags she did a DIY Nerf War Party in a hall so she bought all the Nerf guns herself and then added them into the bag which is a great idea!

With me booking a Nerf Attack Party package which included the guns and ammunition as well as vests for the children to wear I decided to fill the party bag slightly different! I purchased some small Orange Paper Party Bags off Ebay which came to 5.49£ for 15 bags and for the label which I stuck on with a double-sided sticky tape I used Picmonkey again with the Smash Font in yellow plus a black Drop Shadow (which you can find under Effects) with a blue background. I used the original Nerf Logo to get the colour identical which you can do with the pipette button for the colour: 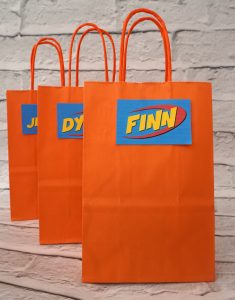 I am not a fan of tatty party bags who are rammed with tons of sweets and whistles, cheap toys who break after 5 minutes so I filled the bags with the following items:

Nerf Bullets from Ebay which I put in the wristband they where 3.75£ for 100 pack (please note there not the original Nerf Bullets) 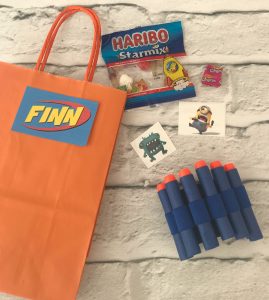 Because of the heat wave back in July I decided despite the Nerf Attack Party Company supplying some drinks to bring along a cool box full off cold water bottles so the kids could stay hydrated between the games! To make the bottles more fun and for the children to be able to know them apart I made some personalised water bottle labels. I used a water bottle label template off google and once again used Picmonkey to personalise it. I found the red Nerf boomerang sample on google and just added the children’s names (see above for font): 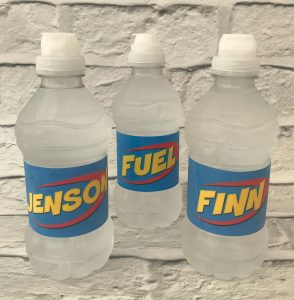 I have also written about how to Make your own Nerf Attack Party Invites as well as a post about Finn’s 8th Nerf Attack Birthday Party itself where the kids had an absolute blast!