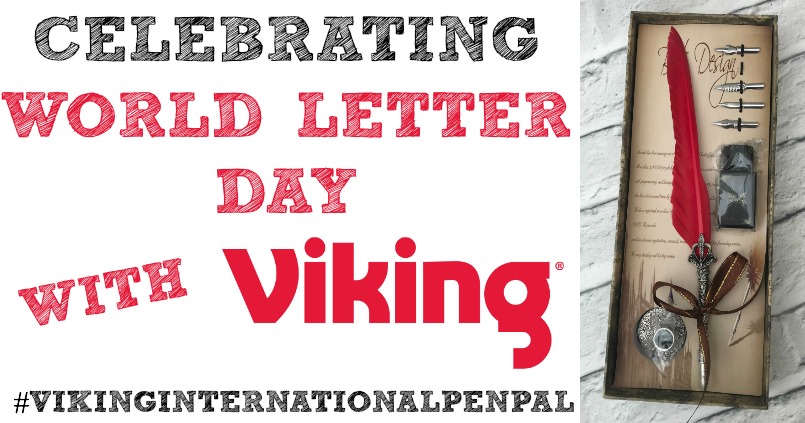 Did you know that on the 1st of September its World Letter Writing Day? For that special occasion Viking Direct challenged me to take part in their International Blogger Pen Pal Exchange which I thought is a brilliant idea! Nowadays with everything being electronic Letters and Postcard writing have been replaced by a quick text message, whats app or an email and the only thing people still bother with is birthday cards which is a real shame because writing a letter is something really enjoyable and such a nice thing to receive too! 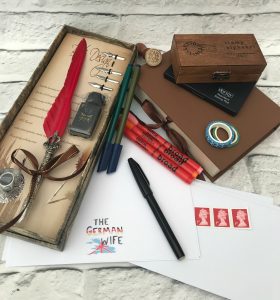 Founded by Richard Simpkin, the first World Letter Writing Day happened on 1st September 2014. The core concept behind the day is to encourage people to put pen to paper and write a letter to a loved one, friend or even a stranger. Simpkin wanted people to put a pause on digital correspondence and allow the handwritten word to take the fore.

To help me get started Viking send me a box full of handy supplies to get started in writing a letter to my chosen blogger pen pal Helena who was based in Germany. As a blogger digital communication is vital but Viking challenged us to find out how well it works to have offline communication over traditional letter writing to pen pals based in Germany, Austria, Netherlands or Italy.  There aim was to celebrate written communication and friendship.

Alongside some envelopes, stamps, pens, my very own personalised letterhead paper I also received a stamp alphabet with an Ink Pad & my favourite item which was a stamp with my initial letter and a wax seal kit! 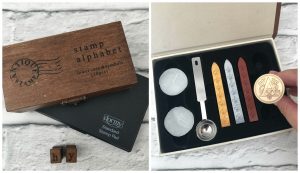 What does writing a  letter mean to you?  For me it’s a form of expressing my feelings and thoughts. Sometimes it isn’t really easy talking to somebody about a matter so writing a letter was for me an easier form of communication to solve a problem. It was a bit like therapy too, to write it down and get it all out! In my youth I had 3 pen pals all over Germany whom I really enjoyed writing little stories to about my day-to-day life and my problems and I equally enjoyed and loved the anticipation of received a reply from each of them and reading about their lives and advice for me! Just like writing a diary which I did on and off thought my teens I have kept all of my pen pals letters to me until recently when my parents downsized and needed me to sort through my boxes! I once again read through some of the lines of our communications via letters and smiled about all of those “first world problems” of mine which seemed so big to me back then when I was younger!

I remember that my first ever serious boyfriend wrote me a “let’s have a break” letter thankfully he was nice enough to tell me face to face but in his letter he expressed all the things he didn’t manage to say to me alongside that he also put in some money he borrowed of my dad once which was rather random. Of course I didn’t laugh about it on that particular day when I was only 16 years old but when I found the letter in my boxes in my parents garage a few years back I thought it was hilarious!

Did you have any Pen Pals when you where younger? Are you still in contact with them now? I do wonder sometimes what my 3 pen pals are up to now that we are all grown up maybe I should get those old letters out of my boxes and see if I can find them again!

Disclaimer: I have been sent a box full of stationery supplies in exchange for taking part and writing about my #VikingInternationalPenPal experience!