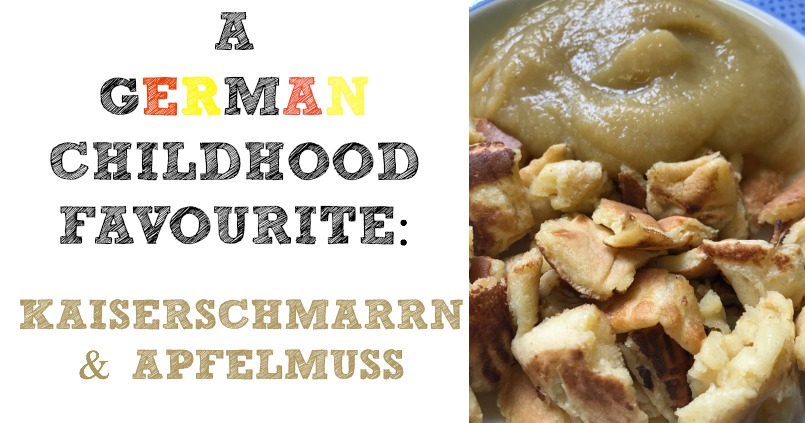 Lots of blogger friends have been telling me I should do some German recipes on my blog but I am just rubbish at cooking and only got a handful of meals & bakes I can confidently make without them being tasteless, overcooked, hard or even burned. I am not painting myself as the perfect housewife am I? Thankfully Mr. C. does enjoy cooking every once in a while (at least once or twice a week that is) so we have a mixture of a couple of cuisines on offer when it comes to evening meal time. Next to his famous Takeaway Chinese stir fry I cook some pasta dishes, tortilla wraps and lasagne and one of the kids favourites, Goulash. Ever so often I make one of my childhood favourite meals which is ‘Kaiserschmarrn & Apfelmuss” which translated means Emperor’s Mess & Applemash but it’s basically a shredded pancake, which has its name from the Austrian emperor Kaiser Franz Joseph I, who was very fond of this kind of fluffy shredded pancake. It’s a very popular dish in Germany and Austria eaten as a main or a desert and was most certainly found often on our dinner table at my parents house when I grew up! 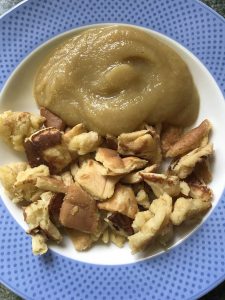 Kaiserschmarrn is a light, caramelized pancake made from a sweet batter using flour, eggs, sugar, salt, and milk which is then baked in butter. There quite a few ways Kaiserschmarrn can be prepared but here is my favourite and fool-proof recipe for you to try:

A pinch of Salt

Icing Sugar to sprinkle over the finished Kaiserschmarrn (optional)

The original recipe also says to use butter to fry the mixture in the pan but I like to use oil (I use ‘Alfra One Rice Bran Oil’ to cook everything we eat because I feel it’s a healthier option to normal cooking oil) and it works just as well.

Then mix the yolk, sugar, salt and milk together and gradually add-on the flour until it’s a smooth, runny dough.

Slowly add the stiff egg whites (or egg snow as we call it in Germany) under the dough with a scraper.

Let the big, flat frying pan heat up with oil before slowly adding a ladle full of dough and let it fry on both sides before cutting it into small uneven pieces with a Spatula.

Serve the finished Kaiserschmarrn sprinkled with some powdered sugar and the apple mash on the side.

Tips for the Recipe:

If the dough feels to runny add some flour and if it’s too thick just put a little bit of milk into it.

Traditionally Kaiserschmarrn includes 30g of Raisins which are in the Dough before cooking but my family don’t like the taste of them so I leave them out.

So thats it there is just one more thing to say and that would be the Bavarian phrase for enjoy your dinner: “An Guadn Appetit”. As you can see my Kids are rather happy with their dinner (apologies for the nakedness it was a rather hot summer day back then): 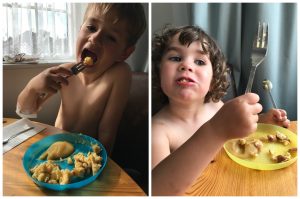 I hope you like making this favourite childhood food of mine and please do leave a comment once you cooked it and let me know how you liked it or maybe you have been to Germany and eat it before? How did you like it? 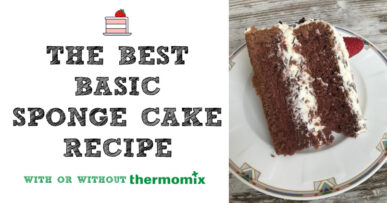 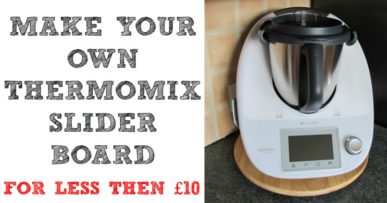 Make your own Thermomix Slider Board for less then £10!