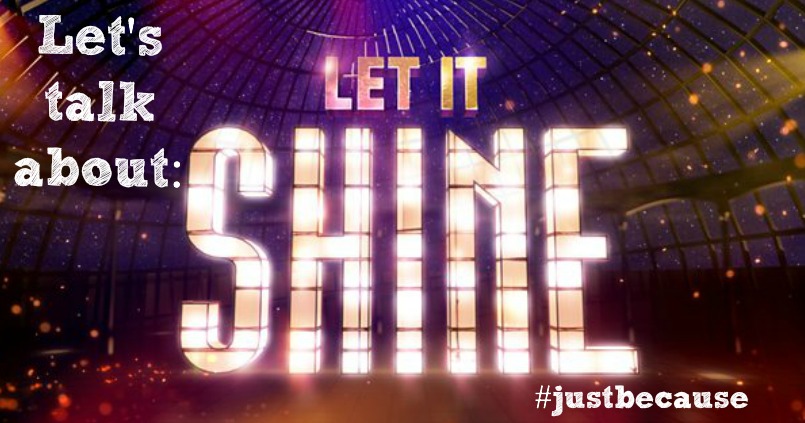 I am a bit late to the party 2 weeks exactly, the reason why is because I normally don’t watch TV when it’s on especially on the weekend that’s why I love catch up TV! So Sunday I finally managed to check out another new talent show called Let It Shine! Yeah I know what your thinking do we need another one of those talent shows where you see amazing raw talent and unbelievable shocking squeaking which should only be reserved for the shower! Well what can I say Let it Shine is not about entertaining the crowds and folks behind the screen with mockery performances….it’s about finding that perfect 5 people band to create something new, what makes it so special? Well let me tell you 10 reasons why Simon Cowell can eat his heart out (in my opinion): 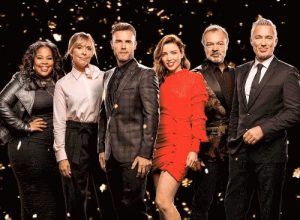 1. The Hosts! Who ever is the genius about employing Graham Norton and Mel to host this show I double solute you!! Everybody got to know and love Mel at the Great British Bake Off and where utterly distraught when she announced she wouldn’t return due to the show moving to another channel. So I was delighted to see her back on the screen and she does a great job introducing the jury and joking around with the lads backstage. And Graham what can I say, witty, lovable and just spot on with his hilarious comments to the contestants! And him saying “Mart’n” cracks me up!

2. The Judges. I love the mix up there is Amber mostly known for her performance in the US hit show “Glee” and various big West End musicals. She certainly knows her stuff and is very honest with her opinions. Then there is the Producer of this Show Gary (no need to mention last names right?)  who gives out the right big ass truth what he thinks and is pretty good with bantering, oh and he does like his cup of tea doesn’t he? Then there is the very charismatic Dannii Minogue who has been around the Showbiz world for quite some time and isn’t afraid of dishing out her brutally honest thoughts. And let’s talk about Mr. Kemp aka “Mart’n” as Graham calls him! Now Spandau Ballet was a tad before my time nonetheless what a charming Gentleman who speaks right from his experience (there are plenty to talk about) and gives out good advice he also has a rather nice smile (thought I mention that)! In total all 4 Judges make a really nice team, no bitchiness between the girls and the boys have a great chemistry between them! From what I read there will be a Judges house followed by the live shows (I am guessing) including new judges rumoured (but nothing confirmed yet) to be Robbie Williams, Mel B., Aleisha Dixon and DJ Calvin Harris could make an appearance too! But Gary and Mr. Kemp and Danii are staying put for the whole season!

3. The Contestants. From an Irish “Game of Thrones” Rocker to the funniest (and very talented) Hagen Dazz Ice cream “Eye Candy” they found them all. There is big variety of those raw never even have held a microphone guys and some with musical experience already in their pockets. I also like the fact that the show isn’t showing all off the contestants audition and some are just snippets of them making it through that means there is more to show in the future!

4. The Music Choices of the Contestants. From Oasis to a nice head banging tune and Katie Perry thrown into the mix too! I like it! No Take That Songs so far it’s not about impressing Gary it’s about getting a part which I enjoy! But then we are only on week 2 who knows what will be sung on that stage! We already had our first Gary Barlow Tribute Band Contestant and he certainty won’t be the last one!

5. The Contestants Introductions. There is a mix of family/friends talking about the contestant before he comes on stage to just the name as well as a few “Surprised by Gary” clips. And as it shown in show 2 you can be nervous as hell even though you have done a big musical before which just shows that it’s real! Yes of course I am not that dumb to believe that they all came on their own to audition I am certain a few where head hunted but for the right reason!

6. The Backstage Room! I mean where else can you play X Box, Darts Pool or just read a magazine it looks like a really relaxed atmosphere add a few members of Take That in the mix and it looks like a lot of banter! I want to go there just to hang out with them! Not going to mention the Ice cream Seller (Jonnie is his name if you want to Google him!) again…haha!

7. No need for an after show” aka Let it Xtra Shine! Because they just made the show nearly 1.5 hours long to pack all the goodness in 1 long show! Simple!

8. The Concept of the Show! Just Incase you  haven’t heard nor seen it yet! Gary Barlow and his Team are looking for 5 different Guys to play a fictional band in his upcoming already penned down Musical “The Band” which will include Take That Songs and is all about friendship and the road laying ahead of them! It’s interesting because there won’t be just 1 person winning the show but 5 and from what I read it will have quite a few superstars helping all the hopefuls along their way to be chosen in the end! Oh and it’s only going to be 1 session (unless Gary has another idea for a musical up his sleeve?) which is nice and refreshing considering all the other talent shows out there I.e. The Voice and X Factor who kinda run their course don’t you think? I didn’t watch the X Factor this year and just read about the while Honey G hype in the press (who won again?) and The Voice isn’t really gripping me doesn’t help that I think Wil.iam is just a weirdo!

9. The Opening of the Show! Yep let’s talk about that!! I might not be the hugest Gary fan but I sure enjoyed his little sing-song which included some brilliant scenes with Mel and Graham and hey who doesn’t like a #ShowerScene! applause to you Mr. Barlow what a fantastic opening credit! Came in with a bang!

Starting off I could not choose anybody else then my lovely Blogger Friend Jo from My Monkeys Don’t Sit Still who is probably the biggest Gary fan I know: “I love it. But then I would as Gary and co from Take That are in it! Love the enthusiasm throughout the show and would love to see the show when it goes into production at the end! It’s great fun and a welcome release of a Saturday night in Winter!”

Mandy from Hex Mum Blog says: “I watched it at the weekend and loved it, the panel are amazing and they don’t have any stupid acts put through like on x factor, it’s Gary Barlow baby which means they want the best, not knowing each others scores has been great because they are not influenced by the other judges, can’t wait to see the actual stage show.”

Elaine from Entertaining Elliot thinks: “It’s mega cheesy but I have been enjoying it, the boys have more talent than the fame hungry Wannabees who go on the xfactor. I love Martin Kemp too!! “

Emma who blogs at Emma Reed has a bit of a mixed reaction to it: “It’s so cheesy! I feel like I am sat in the 90’s watching it and so far I haven’t seen any great talent. Yeah there are some nice singers but nothing that has made me go wow… although I haven’t got through an entire episode yet because half an hour in each time I have lost all interest and turned off. I keep expecting it to get better! The only positive is that there are finally judges who actually know what they are talking about!”

Sherry from Kits and Vixen told me: “I don’t mind it at the minute but it wouldn’t bother me if I missed it. I think they did 6 prerecords of the auditions so I’m hoping the next part gets a bit more interesting. On a plus note it’s Gary Barlow *swoon*”