A few weeks back we had a Letter from School telling us that Finn should wear red and white for St. George’s Day at School! After i hunted down some red shorts, Mr. C. decided to get creative and personalised a plain white T-Shirt with a red Flag and made Finnster a little shield as well.

A few of the Mums wanted to know from Mr. C. at School pick up time where he got the brilliant t-shirt from so when he told them its homemade they where pretty impressed! 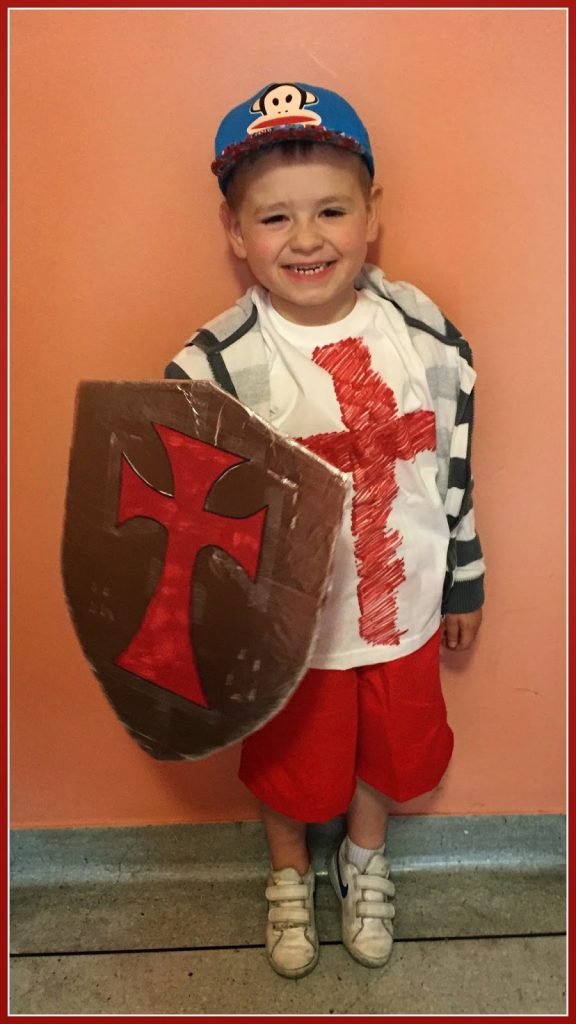 We also got a very exiting Letter inviting us to the Reception Class Spring Assembly at his School and although we knew the line he was saying everything else was a surprise.

Unfortunately we sat way back at the hall so i couldn’t get a good enough picture of him but we taped it on video to show Oma & Opa and the Family and he also brought back his amazing Picture he draw.

Up on stage he had 2 parts to play the first one was with 3 other boys of his class who all held up a picture telling us what they like the most about Spring.

Finn’s line was: “I love Spring because i can go outside and play with my little Sister!”

I know i am biased because i am his Mum but how cute is that drawing he event perfected Molly-Mays crazy hairstyle and when i asked him why MM is all blue he told me:

“its because you always dress her in blue Mummy!” (so true!!) 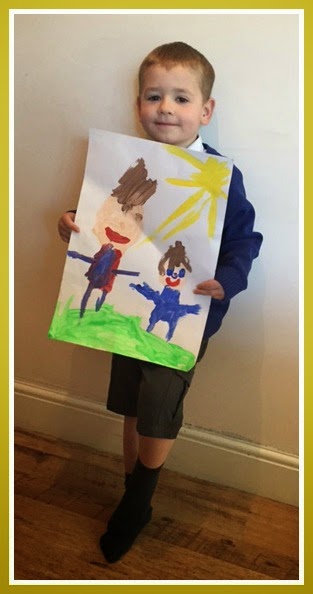 His second task was to wave around leaves and sing a song about growing, plants, sunshine and rain in the spring with all his little school mates.

Mr. C. and me watched the whole assembly and where really proud of how well and clear he told his line! We cant wait to see another one of him and his friends up on stage!