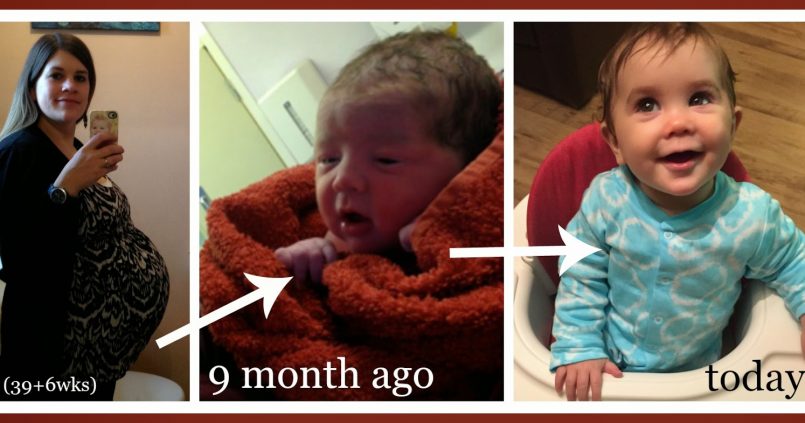 9 Month old wow how did that happened??

It seems like yesterday when i was 39+6 weeks and shortly after I took this bump selfie I was holding a tiny little (well actually not so little with her 11lbs 9 1/2oz) bundle in my arms for the first time and here she is fast forward 9 month, my oh so smiley girl:

Teething – Finally after so many months of battling not only 1 but 2 Teeth made a appearance this month and she certainly knows how to use them!

Cuddle Monster – Molly-May turned into a right little cuddly baby and when you pick her up she most likely to put her head onto your chest which is rather sweet.

Being Shy – She is very friendly with men but with woman who are new to her she is very shy and is prone to just turn her head away and hide.

Playtime – She started to play really nicely on her own and even goes into the “Baby Jail” aka the Playpen to grab some new toys to chuck around.

She also sussed out how to open Finishers kitchen cupboard with all his bowls, plates, cups and sandwich making stuff inside and loves nothing else more then throwing them around in the kitchen, time to make the doors baby safe i think!

Routine/Sleep – I am still BF her twice a day and she gets a bottle with formula midday and the breast again at night. She loves to be undefended

Musical Baby – As soon as she hears music she is moving up and down and she wiggles her bum its really funny to watch! 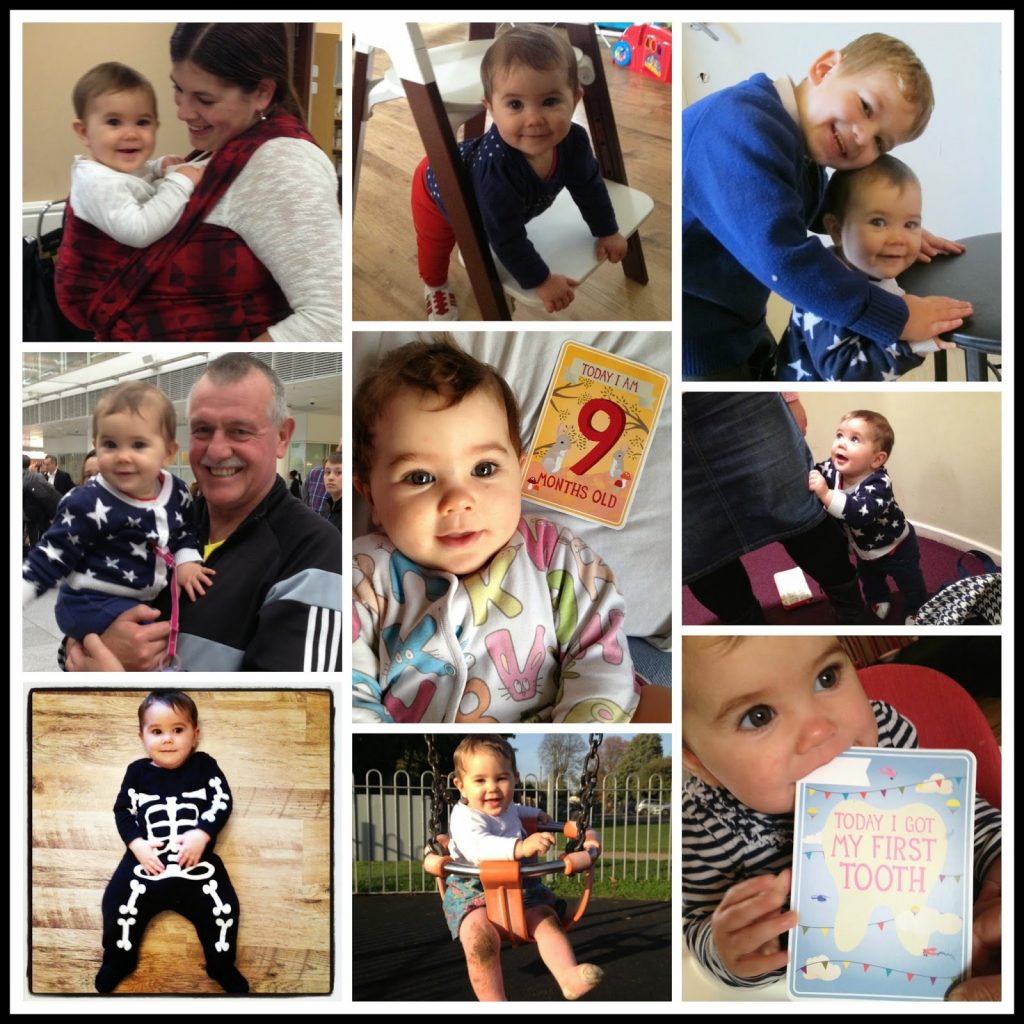 Routine/Sleep – We moved her into her own Bedroom and she manage to sleep through for 2 nights in a row but then she got ill with a nasty cold and infected conjunctivitis on both eyes and decided the only place to fall asleep is in Mummy or Daddy’s arms and she didn’t like to be left alone to sleep at all so it was back to co sleeping for us.

Breastfeeding – Over the last month with her teeth making a appearance her latch changed and i ended up with sore and bleeding nipples after each feed. I went to a BF councillor who was very lovely but we didn’t seem to find the right latch to sort out the problem so i slowly weaned her off the breast which wasn’t a problem throughout the day but at nighttime she didn’t really like to settle back down until i let her on my breast for a couple of minutes.

Free Standing – She pulls herself up everywhere now and after a while she just lets go and wobbles around until slowly sitting down on her bum again its so funny and she seems to be doing really well with her balancing and hardly ever falls down.

First Step – I don’t think we are nowhere near walking yet BUT next to her standing up on her own she now decided its time to take the first step that and no more so far she did it a couple of times and is quite pleased with herself afterwards.

Bath time – I tried MM in the big bath with her brother for the first time and although it went ok with her in the seat Finn is a little bit to enthusiastic with splashing around she saw the funny side and giggled most of the time. 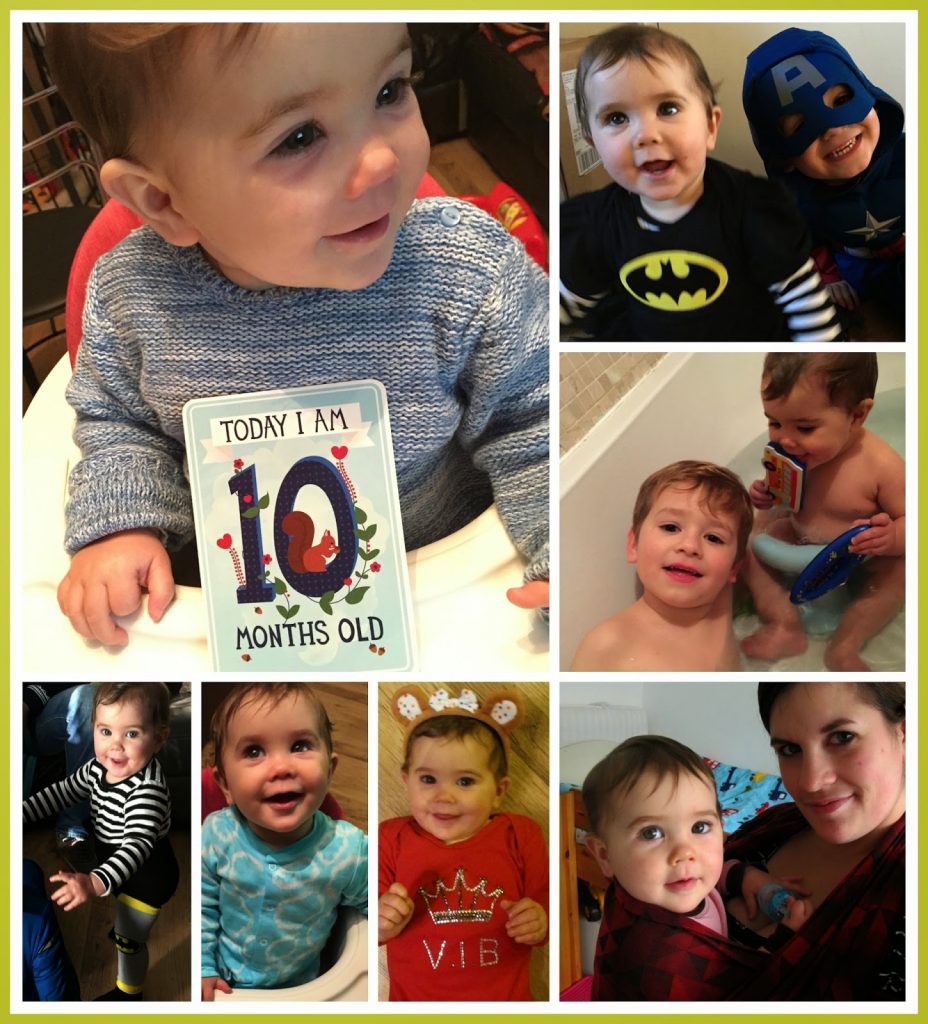