A Letter from the King!

We have been meaning to do it for a while but with our surprise German visitors on Christmas and then Molly-May´s arrival in February we always pushed it to one side but we finally bit the bullet and decided to tackle the Mission “Goodbye Dummy’s for Finnster!”
So when the Queen (of the Dummy Fairies) herself offered her help we gladly accepted in a heartbeat.
So together with the lovely Kit from the Dummy Fairy Workshop we gave it a go!

Here is what the Queen has got to say about her Dummy Fairy Workshop:
At The Dummy Fairy Workshop, we believe that ditching the dummy should be FUN, EASY & MAGICAL, both for parent and for the child. We believe that when a child is coerced into doing something they don’t want to do, they are more likely to resist. Should the child, gently guided by the parent, make the decision to ditch the dummy them self, they are more inclined to not only see the process through, but enjoy it also.
Children all over the world are so surprised & excited to learn that The King / Queen of The Dummy Fairies knows so much about them. As you read the letter to your child, they can’t believe that the Fairy knows about their favourite toys, their brother or sister, their favourite dummy, and “look Mummy, that’s my picture!”
All you have to do is use your imagination and encourage your child to do the same. I provide the tools. It’s up to you to tap into your inner fairy and make it as magical as possible.
You probably wondering now what on earth is in that Kit? Well let me tell you:

The Magical Bits ‘n’ Bobs Kit arrives in one parcel and is split into two parts:

contains everything you need to help you sprout your wings on Dummy Day.
A Thank You Letter from the King / Queen of the Dummy Fairies
Personalised Certificate of Generosity (with optional inclusion of child’s photo)
Polka dot ribbon to wrap around Certificate
2 x Gift Tags to attach to the Certificate & child’s gift on Dummy Day
Instructions on how to implement our Dummy Fairy Workshop weaning tools
Dummy Fairy Workshop Fridge Magnet
So here is how we did it:
A week before we prepped Finnster by telling him that soon there will be a BIG BLUE letter arrive in the post with HIS name on it from the Dummy Fairy King himself who will be asking him for a favour. He got all exited and by Easter Monday (oh yeah don’t you know it? They don’t have a Bank Holiday in Dummy Fairy Land) it finally arrived peaking through the letterbox early morning (very much on time not like the Royal Mail!!)
After reading through the letter together various times throughout the day in the early evening we started to collect all the dummy’s together from every corner of the flat! (Little tip: it might help you looking for them a few days beforehand to make 100% sure you collect them ALL, in the car, bags and under the couch I found then hiding!! I put them back into his usual spots to go and find them with Daddy). Look at this proud big boy who was pretty happy with his findings: 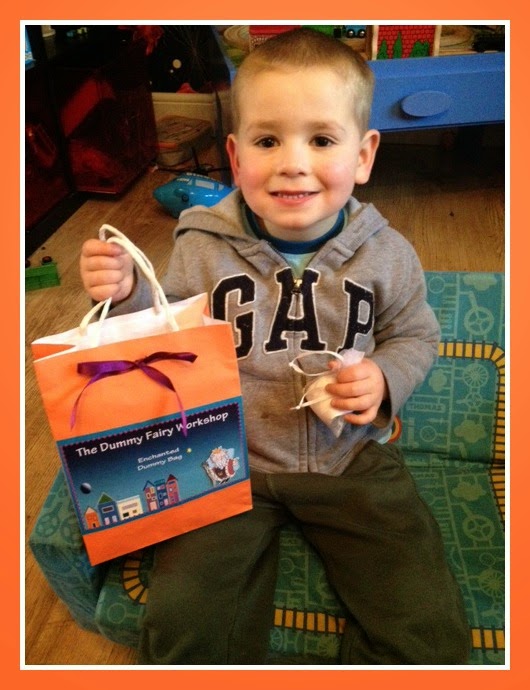 He had loads of fun throughout the progress adding the fairy dust saying the magic spell and positioning the bag on it’s special place right next to our Wellies on the front door.
Bedtime came and he had his usual bedtime story with daddy and then the questioning began: “where’s my dummy??” And the serious but windgy face anecdote “but daddy I don’t know how to fall asleep without my dummy I need it!” Thank god for the glitter that’s all I could say.
After 30min cuddles w daddy he finally drifted off to sleep. Phew step 1 done. 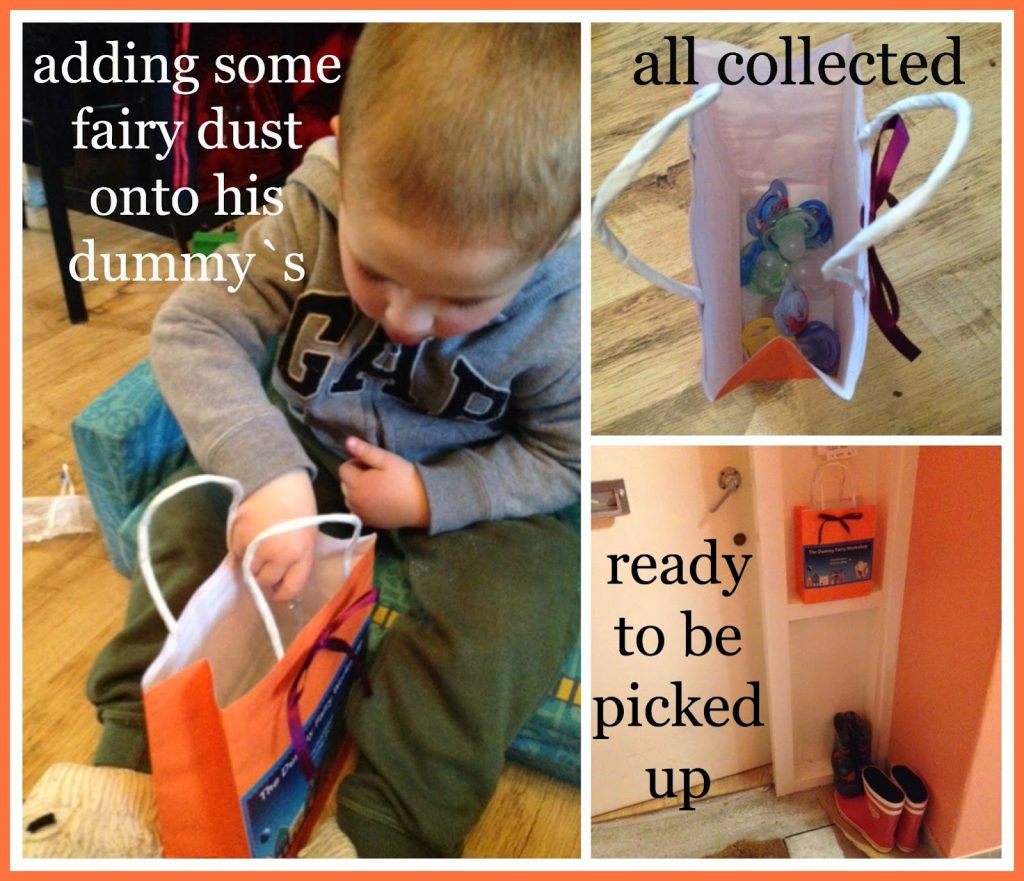 Step 2 was to give the King a helping hand wrapping the presents and putting them outside together with a certificate of  Generosity.
The next morning one curious boy rushed outside the flat door and as you can see was very delighted that the king left him a present.
He received a second blue letter where the king thanked him for his generous and its lovely to read all the personalised bits like mentioning of his 2 favourite rabbits names and his baby sister. There was a tiny little error in the letter regarding a personalised name but after emailing the Queen we received a new letter in record time and Finnster can’t read yet anyway it’s just for mummy to put into his keepsake box along with the certificate. 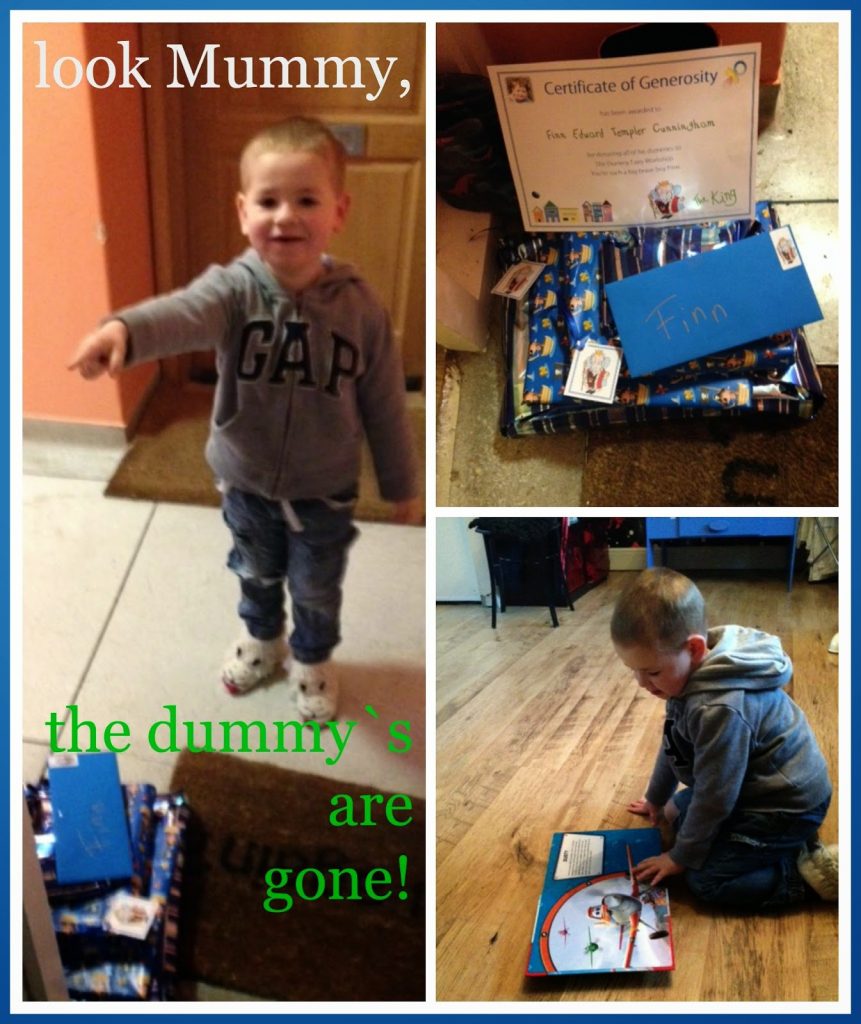 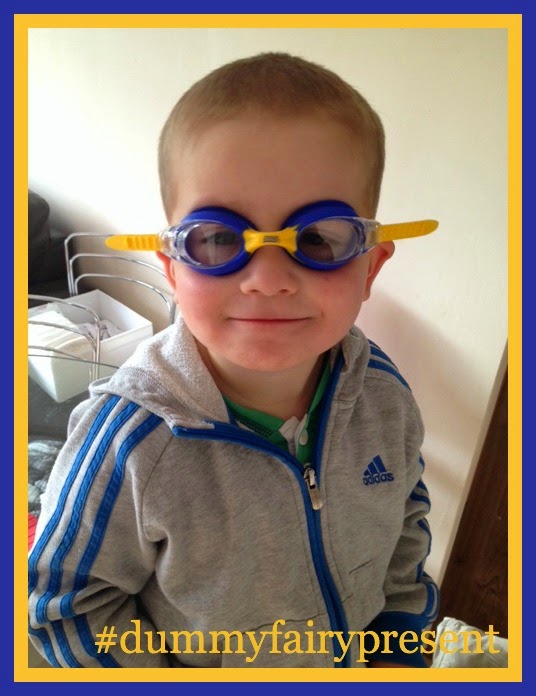 Did it work?
I am happy to say that after over 2 weeks without the dummy he has no trouble going to bed and happily falls asleep! I didn’t think it would be that easy and already prepared myself having to experience a crying child every night because his dummy is gone!of course he is asking about his dummy’s and dies sometimes say he wants the king to bring his dummy’s back again once the babies are finished but he’s not really prepared to give up his new swimming goggles so he rather lives with no dummy’s! I certainly would recommend this kit to any parent thinking to get rid of those dummy’s for good!!
YIPEE!! NO MORE DUMMY’S FOR FINNSTER!! 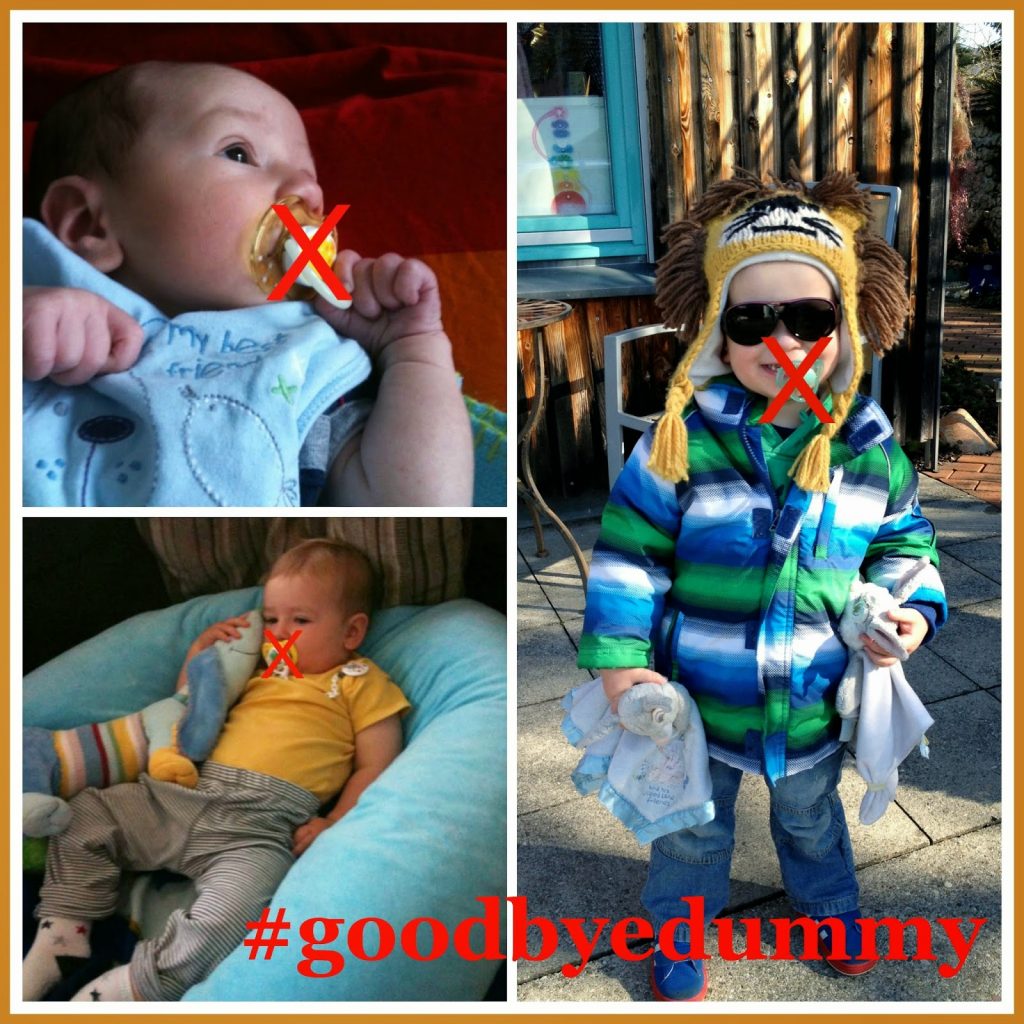 You can try out the Dummy Fairy Workshop magic for yourself and purchase the Kit for 19.99 Pounds + p&p over here.
If you have any more Question why not head to their Twitter or Facebook Page to get them answered by the very helpful Dummy Fairy Queen.

Disclaimer: The Dummy Fairy Workshop Kit was send to me free of charge for reviewing purposes but all thoughts and opinions are my own. 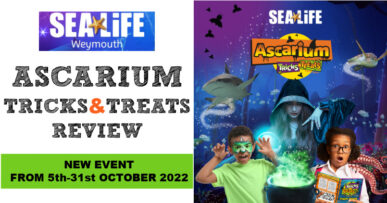 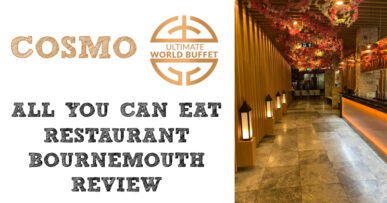