Off on the Santa Express 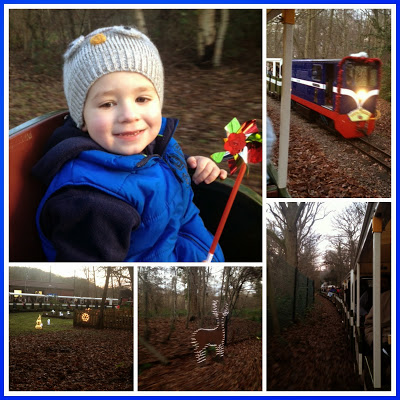 Yesterday we went on a very exiting Train Journey. We boarded the Ruislip Lido Steam Train  who took us on a 2 1/2 mile trip around Ruislip Lido through the woods to be greeted by Father Christmas at the other end.

Finn loves Trains so he was more exited about going on the Train journey then anything else. We spotted Reindeer’s, lots of light up Christmas Decoration and we waved to the passing train.

The we waited in the Que to see Santa and my Cousin (Finn´s Tante Nic) captured this lovely snap of Finn and me: 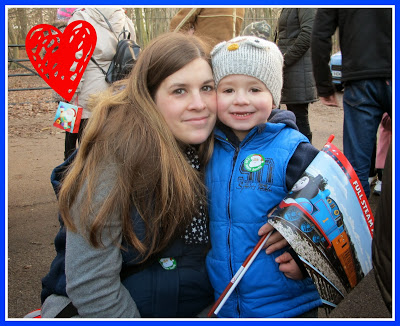 When it was our turn to see Father Christmas although he wasn’t shy Finn decided it might not be such a good idea to look him directly into his eyes so he listened and answered nicely and even gave him a high Five at the end of their little chat but as you can see on the picture he was slightly unsure, bless him: 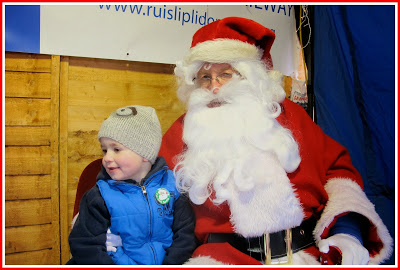