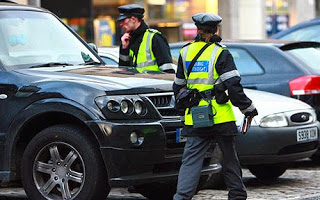 I was tagged by the lovely Chantelle from Mamma Mummy Mum in a meme originally started off by Stickers Stars & Smiles.
Which 3 things you would put in Room 101, well i think i could have come up with many more i would like to put behind that door. Here are my Top 3:
Traffic Wardens

Do i have to say more?
Well, here´s a little story about a young German Girl in her early 20´s starting her first ever
Nanny job in SE London. Naive as she was she told her Boss he don’t need to worry about her getting a ticket EVER being a daughter of a policeman i know better then park wrong, he still offered to pay the first 3 parking fines for me as part of my job. well a few weeks later, no spots left at school to pick up the older one from school late already with a baby in the back what does she do? park on a double yellow line i was ONLY gone 7 min but hes been waiting around the corner,they slapped her with a 100 pound fine!! She came home in tears telling her boss she´s really sorry  and did point out if its payed soon its “only” 50 pounds phew she thought. Well 18 month later although not glad she left her job she was happy to leave the ticket days  (you DO NOT want to know the number) behind her and move to the other side of town where there not as vicious but unfortunately still existent!!! 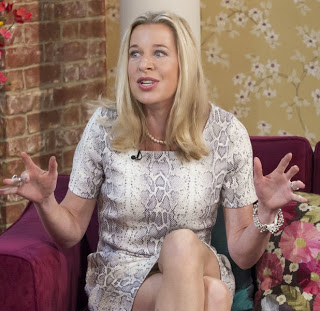 That Woman who is a “know it all” uptight “I am better then all of the other mum´s because  i don´t need to be there for my children´s  birthday´s” Person.”
Oh i could go on and on but locking her  into the room would save me  watching her face and hearing stupid words coming out of her mouth on TV  or on the Internet ever again!
Facebook Game Requests 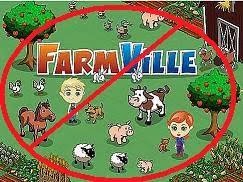 Facebook changes every crap in the world with there new updates i do hope Mr. Zuckerberg will eventually get a button sorted where you can decided to not receive ANY Facebook Game request!
Yes i admit i did once got Angry Birds for my iPhone i even payed for it but how often did i play it? 3 times max i just don’t have the time or the pationed to let birds fly, build my own village, let sweets drop (not sure exactly what you do with Candy Crush so i might be completely wrong there)
or sort out a new visual fish for my ever so lovely pond on my screen.
I´d rather chat on Facebook to my Friends about the weather!
Well that is my rant over and key thrown away for good, so tell me, what would you lock into your Room 101 to be gone forever?

I tag Kelly from Tiasmum12, Donna from Red Head Baby Lead and Anna from In The Playroom. I cant wait to read what they would stick into their own Room 101.
AK xx