What´s in a Name? 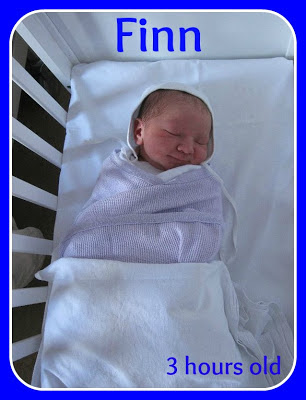 Most of the time you have 9 month give or take a few days to decide what you want to call your new baby!
Mostly there is loads of looking in a Baby Name book, writing list and heated debates involved well in Mr. C. and my case that is!
Since i worked as a Nursery Nurse in Germany with a little Boy called Linus i wanted to call my first born Son after him because i really loved this unusual and not so common name. But Mr. C. didn’t agree with me and eventually i had to let the name go.
We decided quite early on a lovely girls name which i like to keep to myself for now because we might be using it for our future offspring.
With us not knowing what sex the baby will be (we wanted to have a surprise) it was back to square one with boys names. We had Dexter in the running and Mr. C. really liked Tyler which i thought was a bit too american and maybe hard to say for my elderly relatives in Germany.

Well after 42 weeks the wait was finally over and when we welcomed our precious baby boy into the world:

The Irish meaning of Finn is “fair”.

His 2. Name Eduard comes from my Dad and i wanted to honour my Dad with giving my firstborn son his name. Eduard means “wealthy guardian”.

Here is the Story how he came to be Finn:
Late into my pregnancy Frank told me he really liked the Story of Finn McCool the Irish Giant which was told to him as a child by his relatives. You can read more about “The Giant Causeway and the Legend of Finn McCool” here.
After reading more into the Story and the name we found out that its from Irish, Gaelic and Old German origin which we thought was very suited with Mr. C.´s Family routes being Irish and mine German.
Funny enough i realised after settling on the name that Linus younger brother is called Finn too!

After looking through the name meanings i was very interested to find out more about my name.

Well, Anne-Kathrin is NOT a very common German name and my mum only known of 1 Person (who i am named after).
When goggling the meaning they split the name into 2 so Anne is Hebrew and means “charm” and “grace” and Kathrin is Greek and means “pure.

I would love to hear your children´s name meaning or have you looking into the meaning of your own name?